Posted on January 18, 2013 by The Polyurethanes team

It’s done. Polyurethanes have finally exceeded our highest expectations. We already discovered how polyurethanes help tackle diseases in hospitals, and even looked at the polyurethane artificial heart, but new research has shown that polyurethane foam can also be used for medical purposes!

“How could this be?!”, we hear you exclaim in astonishment; “polyurethane foam used in medical treatment?” That’s right; polyurethane is not just for excellent insulation or comfortable mattresses. To answer your questions, I invite you to picture this: someone is wounded in an isolated area, far away from any medical facilities. There is a long journey ahead before this person can receive treatment and little can be done to stop the patient from bleeding before they reach a hospital, putting the wounded patient at great risk. This paints a dire picture, but thanks to new research conducted by the US Department of Defense, polyurethane foam may be able to make a life-saving difference in this scenario.

The foam, which is formed by two liquids, is injected into the body, where it mixes, expands and hardens to create an internal dressing (if you find it hard to picture, make sure you check out the video at the end which does a great job in visualising this). Once the wounded patient is transferred to receive proper medical attention, the foam can easily be removed in literally minutes in one solid block.

Not only is the technology of huge value for controlling haemorrhages, polyurethane foam makes an even bigger difference in the case of multiple injuries. The temporary dressing allows doctors to treat competing priorities; for example, a severe head injury could be treated once major internal bleeding in the abdomen is stabilised.

Though still in early pre-clinical stages, it’s predicted that the polyurethane polymer foam can help control internal bleeding for at least an hour, thus increasing a patient’s chance of survival. In fact, pre-clinical testing has been extremely promising, finding that polyurethane foam raised survival rates for liver injuries after three hours from 8% to 72%, and reduced blood loss six-fold! According to scientists involved in the project, “If testing bears out, the foam technology could affect up to 50% of potentially survivable wounds.”

We’re not the only ones who think this is an incredible idea: researchers working on the foam technology recently received a $15.5m (€9.5m) research grant from the US government to continue their work and to turn it into the real deal. As you can guess from who’s sponsoring the research, one of the potential applications will be for use in combat, where wounded soldiers and police officers in the field can be given the extra protection needed in their challenging work environment.

So there you have it: polyurethane applications constantly and radically evolve into bigger and better solutions! 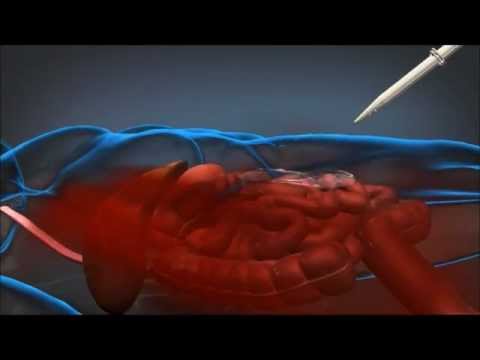 This entry was posted in Health Care, Polyurethanes, Versatility, Video. Bookmark the permalink.