Posted on December 7, 2011 by The Polyurethanes team

Commercial fishing remains one of the most dangerous occupations in the developed world. An innovative program, Safe@sea, is aiming to create a “new generation of fishermen’s work-wear with inbuilt life-saving electronics”, in order to substantially increase safety while at sea. These garments include high-tech solutions, such as an inbuilt “man overboard” system, capable of stopping small one-man fishing vessels if the fisherman falls overboard, and which also trigger an alarm and indicate the vessel’s position.

The material in the clothing itself will be made of self-healing polyurethane plastic. Typically, modern rainwear has a layer of polyurethane, applied in liquid form, to protect and waterproof the material. In this new material, microcapsules containing a glue-like substance are added – if the material tears, the capsules break and release the liquid, which fills in the gaps and then hardens. Susie Jahren of SINTEF, one of the research teams involved in the project, says “Holes and tears we have made in test pieces in the lab close up all on their own.”[1] The material aims to be both comfortable to move and work in, but also provide thermal insulation and buoyancy in the case of falling overboard. 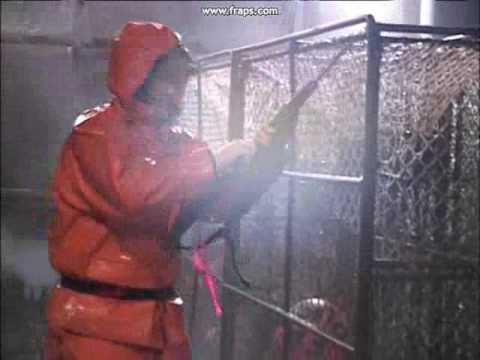 And if you’re not convinced of the value of plastic pants yet – take a look at the extreme anger management they pushed deckhand Mike Fournter to on ‘The Deadliest Catch’.

This is not the first instance of polyurethanes playing a role in modernising marine safety. Traditionally, cork was considered the standard buoyancy material, in use as far back as the time of Norse seamen. Anyone who’s watched the film Titanic will be familiar with its use in the life jackets of the 19th and 20th century. Another option at the time was a fibrous vegetable called kapok. Kapok had a tendency to lose buoyancy over time and wearers of these life jackets who fell unconscious would frequently be found overturned in the water when wearing this type of jacket.

A number of maritime disasters during the 20th century created an impetus for increased marine safety, and so in the 1960’s and 70’s, inflatable life preservers using synthetic foam started to be developed. Polyurethane foam encased in nylon was the basis for the variety of these new life jackets and life buoys. The closed-cell foam used in life preservers had a low permeability, and unlike kapok, these foams could be punctured multiple times with little effect on the overall buoyancy. The air pockets captured in the foam also provided some insulation against hypothermia. This type of material has become the standard for life preservers that we still use today.

This entry was posted in Other, Polyurethanes, Sports goods and tagged clothing, polyurethane, safety. Bookmark the permalink.